Vivere a due passi dalla Noce

ANNIVERSARIES. Leonardo Sciascia, the photos “in the drawer” by Angelo Pitrone 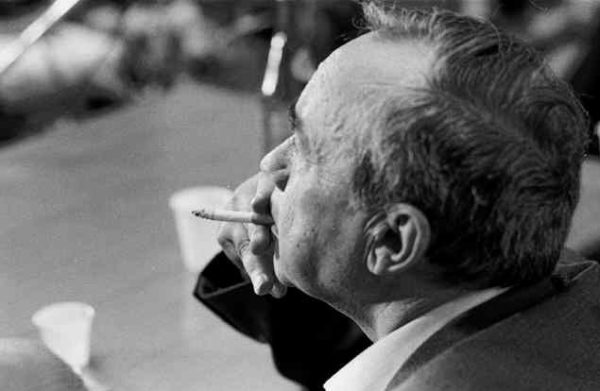 One spring afternoon in 1985, with professor Pietro Amato, I showed up at the Sciascia house, in the countryside of Racalmuto known as della Noce.

I had started working on an ambitious project of mine: to tell the Palermo of the years of the mafia war and Professor Amato, as we called him, believed that those photos should be shown to his great friend Leonardo.

So it was that I began to frequent that house and that small community of friends which, in the summer, gathered around the charismatic figure of Leonardo Sciascia. I met the good Carmelino Rizzo, Aldo Scimè, Nino De Vita, Paolo and Giuseppe Sciascia. And one of my most appreciated photographers, Ferdinando Scianna.

Unfortunately, those would have been the last years of Leonardo Sciascia ‘s life , but the bonds with that small group of people who met in the summer in the Noce countryside, including the daughters of the writer, especially Mrs. Anna Maria and her husband Nino Catalano, and her two children, still young Fabrizio and Vito, and Signora Maria, her lifelong companion, faithful conservator of the memory and affections of Leonardo Sciascia. These images, which re-emerged thirty-five years later from the boxes of my archive and mostly unpublished, tell of a period, happy for me, of almost five years from 1985 to 1989.

They are shots taken between the Noce countryside, Racalmuto, Grotte and Agrigento. Together with a series of posed portraits, in the summer residence of La Noce, there are photos taken on the occasion of cultural events such as the “L’Efebo d’oro” in Agrigento or the “Racalmare Award” in Grotte or for the inauguration of the exhibition of Scianna at the Pier Paolo Pasolini Cultural Center in Agrigento. Leonardo often appears with writer friends such as Manuel Puig, Vincenzo Consolo, Gesualdo Bufalino, Matteo Collura, or directors such as Francesco Rosi and André Delvaux, or with actors such as Turi Ferro, or with family members: his wife Maria and nephew Fabrizio.

A sort of diary in images to tell what it represented to live a stone’s throw from Noce, in the Racalmuto countryside.